A few Ancient civilizations consider the Summer Solstice as a spiritual and religious event which is why around the world monuments were erected in locations that coincided with the position of the sun in the sky on that day. These monuments were considered like altars and religious meeting points to venerate the summer solstice and the most famous of all is Stonehenge in Wiltshire, England.

Take a look at 7 such ancient monuments of the summer solstice.

Stonehenge is located on Salisbury Plains, in Wiltshire, England. Now a UNESCO World Heritage Site, the first monument was a henge, which is around 5,000 years old. Many people think that Stonehenge was erected around the late Neolithic period, dated way back to 2500BC, near the burial mounds of Early Bronze age.

Why or who built Stonehenge is still unknown but research has led to the assumed theory from analysis of some human remains that the people who built it may have been from Wessex or Western wales.

During midsummer, when the sun rises from the Northeast, it comes close to the Heel stone. During the midwinter, the sun sets in between the gaps of the two tallest trilithons although one of them has fallen down.

2. The Temple of Karnak, Egypt

Among ancient monuments of the summer solstice, the temple of Karnak in Luxor was formerly known as the Temple of Amun in Thebes. It was believed by ancient Egyptians that the first city built on the primordial mound that emerged from the water when the world was created was Thebes. The temple of Karnak is based on a mound site, that served as a place of worship.

Amun is the God of the sun and air, and the temple was dedicated to him. The magnificent structure of the temple is truly fascinating with an inner sanctum and western gates perfectly aligned with the sunset during summer solstice. The beam of light has been interpreted by priests as the will of God and his wishes for humans.

The Aztec Ruins National monument is located in the town of Aztec, New Mexico. Ancestral pueblo people based their belief on the cosmos and the back wall of the monument is built in perfect alignment during sunset and sunrise when the sun touches the horizon on the summer and winter solstice.

Despite its name, the monument wasn’t built by the Aztec people but by Ancestral Puebloans. These structures go way back to the 12th century and it must have taken 200 years to build.

4. The Pyramid of Chichen Itza, Mexico

Most people think of Egypt on hearing about pyramids, but there are some magnificent structures in Mexico too. The Pyramid of Chichen Itza is one such example, it is a two-and-a-half-hour drive from Cancun. Chichen Itza was considered to be the Yucatan Maya’s ancient capital and has a collection of beautiful structures including the pyramid.

It is estimated the structure was built between 800-900 CE and it was designed in such a way that it falls in the alignment with the summer solstice. On the longest day of the year, within a 5 hr. period, the lights and shadows combine to create a pattern of seven triangles at the staircase’s side. For a 45 minute duration, an illusion is created as if a serpent is crawling down the side of the temple.

The temple was built in dedication to Kukulcan, a god who is a feathered serpent where legend states that it was designed to create the illusion that the snake visits the monument on the days of summer and winter solstice.

5. Temple of the Sun at Machu Picchu, Peru

The ancient city of Machu Picchu in Peru is one of the most visited tourist attractions in the world. The temple of the sun located in this spectacular and historically rich Incan city is considered the most sacred one located within the site. One of its main features is a temple window shaped like a trapezoid and placed along the solar observatory’s curved wall for capturing sunlight on the days of the solstice (It occurs in the winter solstice in Peru).

The temple consists of 2 windows in the section which aligns with the summer and winter solstices. Archaeologists assume that the Inca utilized the information on the sun’s movement for predicting the time for planting and harvesting crops.

The Mnajdra temple located in Malta was built approximately 5,500 years ago, it was built in alignment with the winter and summer solstices. Mjnadra consists of three temple units around the curved forecourt, placed next to each other to form a semi-circle.

The first temple is the oldest and is in a trefoil shape made of stone. Archaeologists feel the second temple was used as an observatory. The sun enters the building structure through the doorway and shines on a spot present at the back of the temple. The two temples in Malta are considered among the oldest buildings in the world.

The Jantar Mantar located in New Delhi, India, was built by Maharaja Jai Singh II of Jaipur in 1724. Although not as old as the monuments on this list, it is a marvel of architecture dedicated to medieval astronomy. The monument consists of a series of giant sundials used as astronomical instruments as other existing tools were too small for making accurate observations during the time.

However, the building which surrounds the sundial isn’t as accurate modern-world tools. Irrespective, it is an imposing and popular tourist attraction. While not conventionally among ancient monuments of the summer solstice, the Misra Yanta, is among one of the 13 astronomy instruments that was used for marking both the summer and winter solstices. The sun shines on the structure’s back wall where a straight rod casts a shadow which was used as a clock hand. 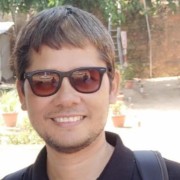 14 Magic Phrases That Will Calm Your Anxiety Instantly